The kings are back! P&O Australia celebrates return of Tribute cruise 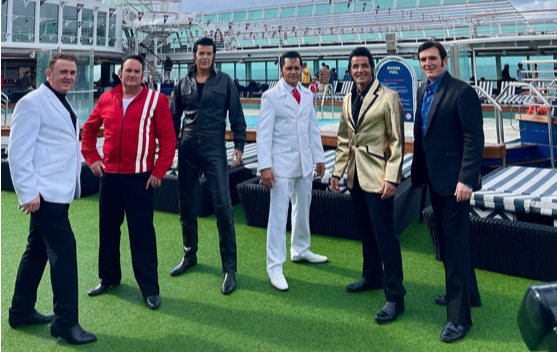 P&O’s Pacific Explorer was definitely rockin’ as the Tribute to The King cruise made its comeback, kicking off its 2022 season in style, cruising from Sydney with no shortage of jewelled jumpsuits or blue suede shoes in sight.

The sold-out cruise featured the best rock ’n’ roll on the high seas with impersonators including Che Orton, Bill Croft, and Gabe Phoenix lighting up the stage as guests revisited the sounds of The King and danced the night away in their best rockabilly get-ups.

According to P&O Entertainment Director Julie McEwen, the first 2022 Tribute to The King cruise made a splash, with the sell-out cruise being one to remember: “Guests on board were ecstatic to be back doing what they love, and they definitely went all out for the four-night celebration.

“Throughout the cruise, guests joined tribute artists including Bill Croft, Nigel Stanley, Gabe Phoenix, Stuey V, Mark Andrew and Carmine Cimilio as they lit up the stage with performances featuring The King’s iconic moves and sound. The mood on board was electric, and guests put their best foot forward with some of the most fantastic costumes and moves I have ever seen!”

One of The King’s biggest fans, 7-year-old Jay was joined by his grandpa Paul McDonnell, who said, ‘’Watching my grandson up on stage singing along with his idols made me so happy. This cruise has been a wonderful family trip!”

Dressed in his best outfit, Paul Edwards, who met Ewan Williams on board, said of his new friend, “We met on this cruise, it's so great to meet people who have the same taste in music. We had a rock and roll time!”

Following the successful first sailing of the Tribute to The King cruise, the popular tribute voyage will be offered again in December, sailing for the first time from Melbourne, followed by Brisbane and Auckland in 2023.
For more information and to book the Tribute to The King cruise, visit https://www.pocruises.com.au/cruises/tribute-to-the-king
​